Nashville songwriter Savanna Bassett is probably not a name you recognize yet, but you’ve probably heard her songs or seen her perform if you’ve been to any bar/restaurant venue or songwriter’s round/festival in the southeast over the last seven years.

This Florida-raised performer is actively crafting songs with industry professionals. Just this year, she landed a song placement on a single release by country music’s Kaitlin Petty — a song she penned with Demolition Music’s Jon D’Agostino called “Staring at The Ceiling”. Other songwriting credits of hers include “Echo” (S. Bassett and J. D’Agostino), recorded and performed by Lexi James, and the same song recorded and performed by Kiera Calvert. Her artist cuts also include “Disposable” (S. Bassett, J. D’Agostino, J. Eustice) recorded by Abby Leathers.

Savanna’s motivation to write catchy melodies and relatable lyrics is highlighted in her self-released single “Greenlight, Go”, produced by Joe West in Nashville, which showcases her pop sensibilities and has collected thousands of streams and counting. When she is not writing songs, she is playing solo shows from the east coast of north Florida to the far reaches of the Florida panhandle and further north near Atlanta, Georgia and Nashville, Tennessee. If you’ve seen her solo shows, you’ve heard her understated, sweet voice and booming, bright Taylor guitar, but on the side, she’s playing mandolin and fiddle in various Nashville bands. When she has the privilege of returning to Jacksonville, Florida, she jumps at the chance to join Body & Soul, a nonprofit organization bringing music and art to those in local hospitals, and she believes strongly in their vision that music brings healing. Savanna says of her energetic performances, everyone walks away feeling something. 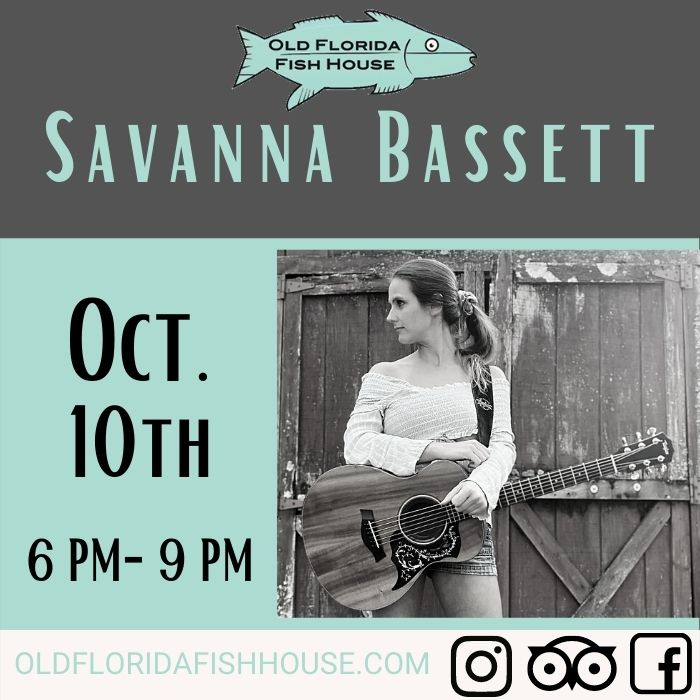